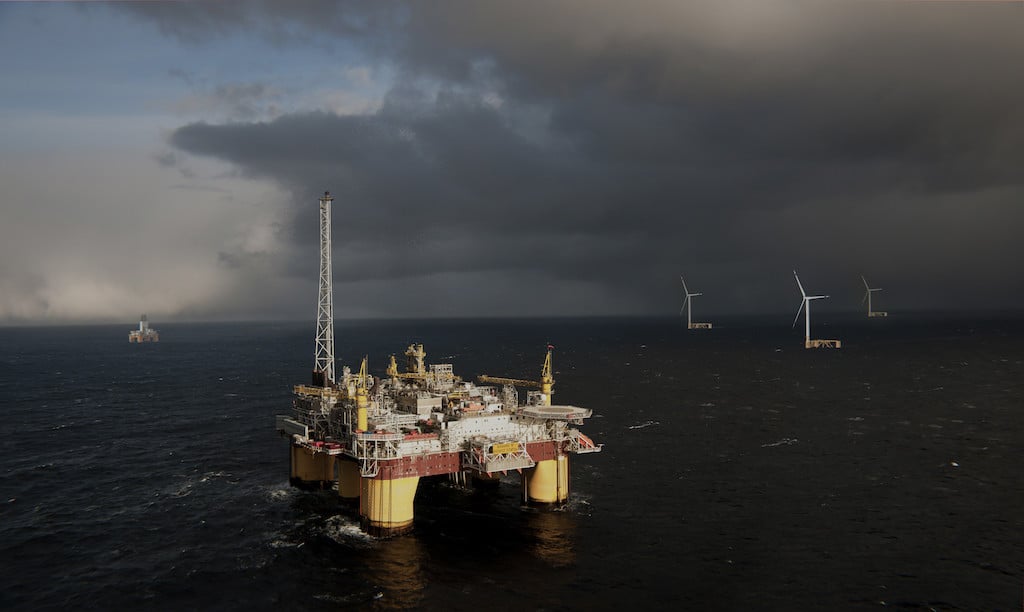 Power generation using natural gas and diesel fuel is the primary source of CO2 emissions from oil and gas installations worldwide. On the Norwegian continental shelf, the total CO2 emissions are predominantly caused by gas turbines, accounting for approximately 85% of the total emissions. A majority of the gas turbines are used for generating electricity. Finding alternatives to replace power supply to gas turbine generators is therefore critical for succeeding with the emission reduction targets.

The main power alternatives available today are 1) power from shore, 2) green, lower-emission fuels, 3) CO₂-capture and storage (CCS), and 4) renewable power generated in situ from sources like offshore wind turbine generators. All four alternatives have their pros and cons. In this article we will focus on how to optimise alternative number four, supplying renewable power from local wind turbine generators. The solutions are equally applicable for other micro-grid consumers like offshore fish farms or island communities.

The challenges of renewable energy for micro-grids

The power system on an oil and gas installation is just like the arterial system in a human being, where the power generator is the heart. If it stops beating, everything will halt. A power failure offshore, or a blackout, will potentially lead to dangerous situations for the people on board and will most surely lead to substantial economic losses.

A challenge with most renewable energy sources is that they are not able to provide a continuous, long-term power supply. A wind turbine can only produce power when the wind is blowing. Solar cell panels can only produce power when there is light. Energy storage solutions like batteries cannot practically and economically provide enough stored energy to fill in the gap over a long period of no wind or a night with no light.

Another challenge for energy sources like wind is that they need to momentarily get rid of all the energy they produce. In a micro-grid this can be a challenge, since it may cause instabilities on the power grid. As an example, if there is a sudden wind gust hitting the wind turbine, the rotor can start rotating at a dangerous speed if the electrical load is simultaneously reduced by a considerable percentage.

In this case, for a short moment, before the blades have been pitched out to reduce the output power, there will be more energy delivered from the wind turbine generator than there are electrical loads on the grid. This could result in an over-speeding wind turbine rotor, followed by a surge in the grid voltage. If the grid is not designed to cope with variations like this, it is considered a “weak grid”, with varying grid frequency and voltage outside what is acceptable for its power consumers.

How do the onshore grids work?

As a comparison, the national, publically available onshore grids are typical examples of strong grids, assuming they have sufficient transmission capacity (acceptable impedance) between the different regions and local areas in the grid.

A strong onshore grid will typically have many, often several hundred, generators producing electricity at the same frequency. These generators have spinning parts – they rotate at the right frequency to help balance supply and demand within the grid. They spin faster or slower as needed to ensure that the grid frequency remains constant.

The reserve amount of power from these partially loaded (or even unloaded) spinning generators, can add or reduce power to the grid on short notice, typically within seconds or a few minutes. This is what we call spinning reserve.

The kinetic energy stored in these spinning parts is our system inertia. A sudden change in system frequency may result from a sudden increase or decrease in the electrical load, a sudden increase or decrease in the power production, or even due to a short circuit somewhere inside the grid. If this happens, the spinning parts will carry on spinning due to their inertia and slow down the change of frequency. The more and larger generators in a grid, the more rotational inertia.

The inertia takes care of the very short-term stability of the grid, from milliseconds to a few seconds. The spinning reserve, which can be compared to pushing the gas throttle down on the generators when needed, takes care of the next stage, i.e. from seconds to minutes and hours. In addition, the energy has to move across the grid fast enough without too much resistance and this is where the impedance comes into the equation. We will need all of these three properties, inertia, spinning reserves, and impedance, at a sufficient amount to ensure a strong and well-functioning grid.

So when consumers like pumps, compressors, and heaters are switched on and off the grid, the inertia and spinning reserve of the generators together with the sufficiently low impedance ensures that the grid remains stable independent of the varying loads from the consumers.

If a conventional wind turbine is connected to a micro-grid for an oil and gas installation, it will normally only achieve up to maximum 35% reduced CO2 emissions. This is mainly due to two factors;

Consequently, connecting wind turbines directly to a weak micro-grid is not a very efficient system, unless there is a way around the grid inertia and spinning reserve challenge. This challenge is exactly what the WindGrid™ solves.

How does the WindGrid™ work?

The WindGrid™ hybrid system offers a combination of grid controls and energy storage and allows seamless integration of wind power onto micro-grids originally designed for gas turbine or diesel engine generators. This allows the generators on the host installation to be completely stopped during periods with sufficient wind power production.

The WindGrid™’s energy storage system also ensures sufficient grid inertia so that the wind turbines can safely produce power without any risk of overspeeding. In this way, the MOWUs and the WindGrid™ can provide uninterrupted power assurance for the micro-grid on the oil and gas installation, in efficient cooperation with the existing gas turbines.

Power will still have to be generated from the gas turbines in periods with little or no wind, but there will still be an improvement in emission reduction from 30-35% to 55-70% with the WindGrid™, both compared to generating power by fossil fuels only. As a comparison, the non-fossil energy content in the European electricity grid was approximately 65% in 2020, so even if an oil and gas installation is connected to the onshore grid by shore power cables, it cannot be expected to achieve any higher emission reductions.

How do you implement the WindGrid™ system on an offshore installation?

The components of the WindGrid™ system are relatively heavy and bulky and will often be difficult to retrofit onto an existing oil and gas installation, which normally has both space and weight limitations. We therefore chose to package the WindGrid™ system as a module that fits into our Deepsea Semi™ hull.

A MOWU with a WindGrid™ module can be considered a wind generator with an included Uninterrupted Power Supply (UPS) system. The UPS will buy enough time to safely start up existing gas turbine generators when needed. These generators have now become backup generators if the wind power production is dropping or otherwise interrupted.

How do we know it will work?

To change the power management philosophy and stop the existing generators completely, like our WindGrid™ module will allow for, is not something that can be done without an extensive risk assessment. We know, as we have experience from our sister company Odfjell Drilling, having gone through the same experiences. It requires a thorough management of change process.

To mitigate the risks involved with this change process, we have used all our experience and expertise from operating offshore drilling rigs for 50 years. We have also worked closely with leading industry experts, including our partner Siemens Energy with leading competence in micro-grids, grid controls, and power management systems.

Eystein Borgen is the CTO of Odfjell Oceanwind and a co-founder of Sway. He is the inventor of the Sway floating wind turbine system.